I get asked this all the time, “Do I have what it takes to start a business?” Some people have the current traits to be a successful entrepreneur. While everyone can learn the skills required to be a successful business owner. There are so many traits that create a more successful business and it comes down the leader of that company. I wanted to put together a list of qualities I find very important for women in today’s society and running a business.

Being able to have passion for what you do makes a massive difference if you can handle the ups and downs of business. Understanding and constantly being reminded of why you are doing something really makes a difference if you can “weather the storm” of tough times. When starting a business or new adventure in life, there will always be some uncertainty, fear, and anxiety. We can change those feelings into positive drivers for success in anything we strive for in life.

Being ambitious and not letting someone tell you, “It hasn’t been done before” stop you. Just because it hasn’t been done, doesn’t mean it isn’t possible. It just means that no one has worked through the kinks and challenges on this venture yet. Get past limits of conventional thinking. I like to give the example of runner John Bryant. Bryant reminds us that runners had been chasing the goal seriously since at least 1886, and that the challenge involved the most brilliant coaches and gifted athletes in North America, Europe, and Australia. “For years milers had been striving against the clock, but the elusive four minutes had always beaten them,” he notes. “It had become as much a psychological barrier as a physical one. And like an unconquerable mountain, the closer it was approached, the more daunting it seemed.”

So the four-minute barrier stood for decades — and when it fell, the circumstances defied the confident predictions of the best minds in the sport. When Bannister broke the mark, even his most ardent rivals breathed a sigh of relief. At last, somebody did it! And once they saw it could be done, they did it too. Just 46 days Bannister’s feat, John Landy, an Australian runner, not only broke the barrier again, with a time of 3 minutes 58 seconds. Then, just a year later, three runners broke the four-minute barrier in a single race. Over the last half century, more than a thousand runners have conquered a barrier that had once been considered hopelessly out of reach.

Well, what goes for runners goes for leaders running organizations. In business, progress does not move in straight lines. Whether it’s an executive, an entrepreneur, or a technologist, some innovator changes the game, and that which was thought to be unreachable becomes a benchmark, something for others to shoot for. That’s Roger Bannister’s true legacy and lesson for all of us who see the role of leadership as doing things that haven’t been done before.

Here are some other common themes I find with successful business owners: creativity, humility, good work / life balance, self care, visionary, planner, strong support system, and continual learner. I didn’t say anything about grades in school, degree person has, or money currently available. Any entrepreneur knows that creating value and filling a need creatively will always find working capital and great team of people that have skills to fill needs of the company.

Look at yourself closely, do you have the traits required to be a successful business women in today’s midwifery realm? Do you know where to learn and get the skills, resources, and talents to make your business thrive? We love to help new and established businesses create their strong foundation for triumph in today’s ever changing world! 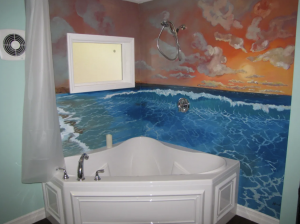 Tips for Starting a Birth Center